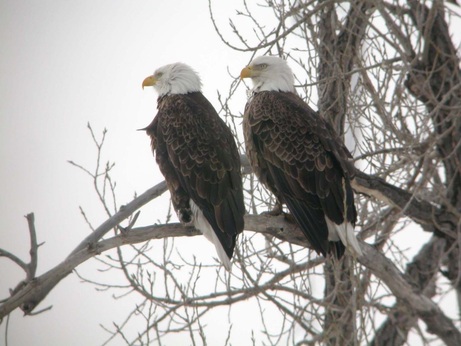 This pair of Bald Eagles photographed by Dave Lambeth on Mar 17, 2004, has nested just north of Grand Forks/East Grand Forks since about 2000. There were no known nests along the Red for over a century, the last definite record being the report of Elliott Coues in 1873, just before heavy settlement of the Valley began.