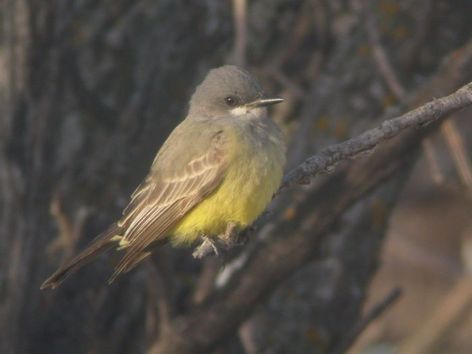 A species long anticipated to appear for the first time in the western part of North Dakota, instead became a first state record just a few miles NW of Grand Forks on November 7, 2010. The bird was found by Sandy Aubol and Tim Driscoll; image digiscoped by Tim Driscoll.