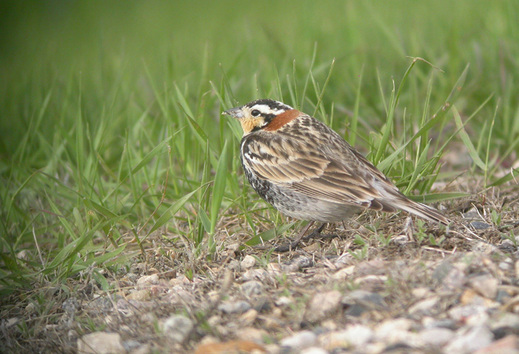 Image taken by Tim Driscoll on May 9, 2006, on property of Grand Forks Air Force Base (where Tim is authorized to do bird studies). R.E. Stewart in his book, Breeding Birds of North Dakota, stated that this species was the second most numerous in North Dakota (after Horned Lark and before Red-winged Blackbird). It is now quite rare in Grand Forks County (habitat loss) and in fact has disappeared from all but a few places in the eastern third of the state.