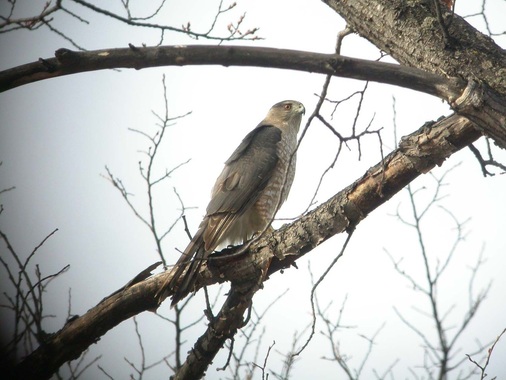 This female Cooper's Hawk was photographed in the Grand Forks Memorial Park Cemetery on April 5, 2005. Image by Dave Lambeth. During the 1990s, Cooper's Hawks increasingly nested within the city, often choosing some of the most public places, even on the UND campus. Quite a change in behavior for the formerly, much persecuted, "Chicken Hawk".