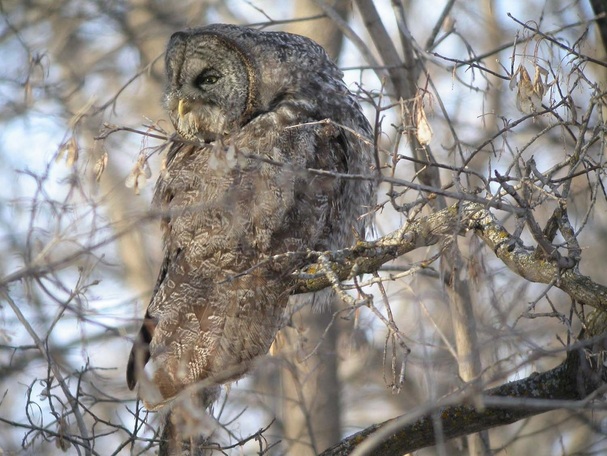 This image of a Great Great Owl was taken Dec 23, 2004, by the finder, Tim Driscoll. The location was along the Turtle River, about a half mile west of Middle Grove Lutheran Church, and on the edge of a Waterfowl Production Area administered by USFWS. To say that this bird created quite a stir is an understatement as birders from across the region came to see it. It was the first "for-sure" sighting of a Great Gray Owl in North Dakota in 40 years, although large numbers are seen in some winters, including 2004-2005, in northern Minnesota.