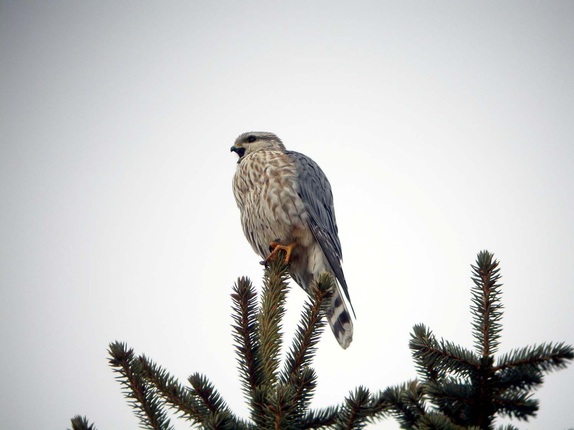 A male Merlin calling from the top of a spruce tree on March 22, 2005, in the 1600 block of Chestnut in Grand Forks. Merlins are noisy at that time of the year as they establish territories and form pairs. Merlins began nesting in Grand Forks in the late 1990s. Earlier the prairie race began nesting in Canadian cities, apparently attracted to the rich prey base in the urban environment. Urban nesting birds pretty much ignore humans in their environment. This image was taken by Dave Lambeth by digiscoping.