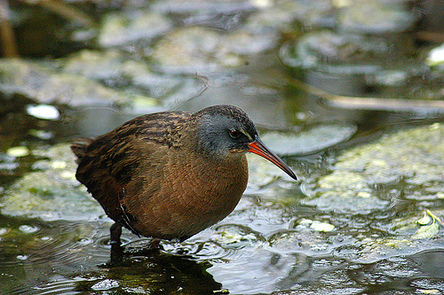 Virginia Rail
Like other rails, Virginia Rails can be very secretive and difficult to observe. However, they respond vigorously to tapes of their calls, and even the lame attempts of humans to imitate such calls. Twice the author has had Virginia Rails within arms length as they worked their way through cattails to investigate the source of the calls.

This is a more common species than many birders believe. During wet seasons it can be rather numerous and widely dispersed in the Grand Forks County belt of grasslands. Perhaps the best places to find it are at the two crossings at the west end of Kellys Slough. Watch for the rail to appear in an open area next to dense  cattail. The best time is when the young appear in August. Virginia Rails are easily distinguished from Soras that occupy much the same habitat. 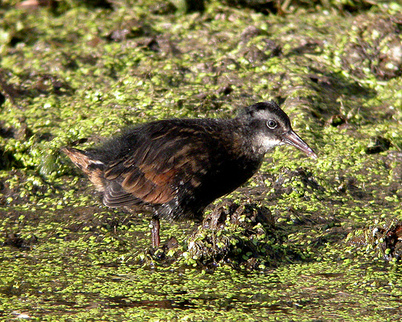