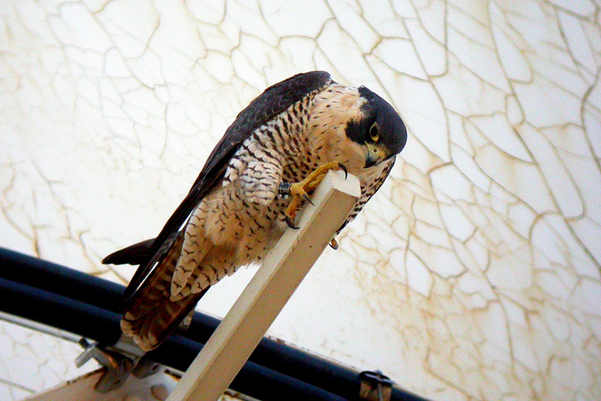 Meet Terminator, a female Peregrine Falcon raised in Brandon, Manitoba, in the summer of 2006. She arrived in Grand Forks on about April 13, 2008, to pair with Bear and nest on the "Smiley Face" water tower in Grand Forks. Her band shows a sideways T (letter T lying on its side) and the numeral 2.